Assisted authors in getting their books self-published; sold services, began publishing my own books and CDs.

Retired to Calhoun City, MS, to tend aging mother, who passed in 2010 at 97. Continued to publish creative work.

PROFESSIONAL OFFICES and AWARDS during career:

PRESIDENT, other offices, and Board member of the Cooperative Editorial Association (North America), while at MFC Services.

More than 450 awards from professional organizations for writing, design, photography and overall excellence over the years.

Creative work published and released from 2003 to present:

BOOKS at Amazon, Kindle, AuthorHouse and other bookstores:

THE ALIEN INTIMACIES, adventure novel with extraterrestrials, philosophical and spiritual issues. Revolves around a man’s poignant and personal relations with a woman from the Pleiades, and her patriarchal and theatrical leader. (2003) First in a series.

BEYOND CYNICISM: Liberating Voices from the Spirit Within. Keyboard transmissions with celestial teachers called the OneTeam and an introduction into the Stillness practice. Explains the human ascension plan within God’s evolving time and space worlds. (2003)

CELESTIALS OVER CINCINNATI:  Lessons of the Planetary Correcting Time. Chronicle of a Urantia Book-based spiritual study group’s encounters with benevolent celestial teachers (1991-96) as the author grows from cynic to active transmitter of celestial personalities. Lessons from over 30 visiting celestial teachers across the country. (2004)

THE CELESTIAL SONGBOOK. Lyrical and other poetry on spiritual themes, co-created with celestial artisans. (2004)

EDGE OF DARK LIGHT, novel. Suspense thriller sequel in which our protagonist faces a myriad of mysteries and alien encounters by the hours over a violent and snow-swept weekend. (2007)

SAUNTERING THROUGH APOCALYPSE: IN-sights, OUT-rages, and ID-idiocies. A rainbow compilation from the years surrounding the 2000 millennium change non-event. Serio-comedy and satire in part one; essays and workshop presentations on simple spirituality in part two. (2014)

LUCIFER’S GARDENS, novel. The series continues. An embedded, altruistic ET empire, seeded from the Pleiades, comes to grips with a warmongering president and corrupt military complex, with a series of plot twists and discoveries and ultimately leading to a terrorist attack in New York. In a parallel story from prehistory, a surviving band of Pleiadian survivors of the Lucifer Rebellion fight to survive in a primitive world. (2014)

THE TEACHING MISSION (volume 1): A New Foundation of Spirituality for a Quickening Planet (Editor and contributor) This compilation includes contributed chapters from over 40 humans who made contact and work interactively with celestial teachers, as well as nearly 80 teachers and their transmissions from 1990-2012. (2015)

THE TEACHING MISSION (volume 2): Living in the Aura of Love. A collection of topical lessons from celestial teachers, and human commentaries. (2016)

FLATWOODS (E-book) A photographic and poetic memoir to the tattered cultural  reflections of my native Mississippi hills, as an aged Mother is in transition. (2017)

SLOUCHING THROUGH ABSURDITY: Skits, Spoofs and Satires. Off-beat humor with a focus on the age of Trumpery (2017)

ON TOP OF IT: Rising Above the Human Mind. Bold and thought-provoking essays on personal spirituality and the madnesses of a partisan, self-centered contemporary society. (2017)

BEYOND BAGGAGE. A two-act stage play and related writings and celestial transmissions on human identity and reality. (2018)

CELESTIALS OUT OF SILENCE: Lessons of the Planetary Correcting Time, part 2. Carries the celestial contact phenomena forward from 1996 through 2018 with a new wave of insightful spiritual commentaries on our quickening times. (2019)

SPIRITUAL POETRY readings with MUSIC and Guest Artists, at CD Baby, iTunes, Napster and other music services. CDs include:

WE CAN BE: A Celebration of Spiritual Unity, Producer. (2003) Eighty minutes of songs by a plethora of spirit-assisted musicians, produced for the Association for Light and Life. (2003)

CDs at www.cdbaby.com/all/lightandlife and online digital services.  Themed collections from collaborations with Mark Austin and Dallas area musicians, with a variety of guest artists.

GRINNING THROUGH APOCALYPSE: One Armageddon at a Time (Humor) (2008)

THE JOYS OF STILLNESS: Where Meditation Meets God (2014). Guidance readings for the Stillness practice, interwoven with music by guest artists. Produced and narrated by Ron Cohen.

www.lightandlife.com. (under construction) Spiritually-enlightening focus on three great revelations — the Urantia papers, A Course in Miracles and the Pathwork lectures from The Guide.  Includes The Teaching Mission and Magisterial Mission interactive library and teaching portal.

TEACHING MISSION NETWORK: Chairman and Founder of a family of spiritual seekers who help others into the Stillness practice and contact with celestial teachers. Includes a managed Facebook discussion group.

UNITY FELLOWSHIP, member of the congregation in Bloomington, IN

CANNABIS legalization movement since 1991 with Cincinnati area NORML, as speaker, writer; worker in Kentucky legislative lobbying and Gatewood Galbraith’s gubernatorial campaign. Now a writer in the activist movement with continuing essays across the internet.

Congas in the Groove, a memoir, written with Fermin Goytisolo, renowned conga player and percussionist with KC and the Sunshine Band.

APOSTLES AND REBELS, a screenplay follows the conflicted aftermaths of the crucifixion of a street preacher in Jerusalem.

EXPERIENCE IN MATTER, a fourth novel in the Alien Intimacies series

Visit our other websites:

A spiritual search engine for Celestial Teachers and New Revelations

REBEL LIBERAL OUT OF MISSISSIPPI, a memoir

Visit our other websites:

A spiritual search engine for Celestial Teachers and New Revelations 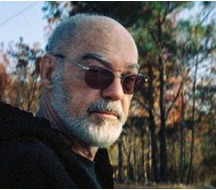